30,000 applications pending for renewal of old vehicles in J&K

Authorities say they are waiting for Centre’s notification

Srinagar Nov 14 : More than 30,000 applications are pending before authorities of Transport Department as Jammu and Kashmir administration has put on hold renewal of the registration of old vehicles since last year.
An official told news agency that ARTOs have received over 30,000 applications for renewal of the registration of old vehicles which are over 15 years.
“After 15 years, owner of a vehicle has to seek renewal of the registration for two or maximum five years. Once officials check the condition of the vehicles, they decided whether its registration can be extended or it has to be condemned,” the official said.
The official said there is no clarity on fee applicable for renewal of registration of the vehicles, which are older than 15 years.
Manzoor Ahmad, one of the applicants said he has applied for renewal of registration of his car two months before the RTO office Srinagar. “But nothing has been done so far. My car has plied around 90,000 kms and is in good condition. But I have to keep it at my home as its registration is over. Unlike other UTs like Delhi, vehicles in J&K are in good condition and could even ply for 25 years. But we continue to suffer as our applications are pending with government and not making any clarity on this issue,” he said.
While the aggrieved people are running from pillar to post for ascertaining the fate of their vehicle’s registration, the authorities are in a fix because of no clarity on the same.
A senior official of Transport Department said they are waiting for Centre’s notification in this regard. “We have raised this issue with the Finance Department and the Centre. Hopefully notification will be issued within three weeks. We have already issued a notification that vehicles above 15-years of age can ply till December 31, 2020,” the official said.
Motor vehicles were being given registration for initial 15 years against the payment of one time token fee of Rs 8700 for the vehicles upto 1300 CC capacity and Rs 22800 for the vehicles above 1300 CC. After 15 years, the registration of old vehicles used to be renewed for next five years against the payment of Rs 3000 and then for three and two years.
Last year, the Principal Secretary Transport Department, Government of Jammu and Kashmir, issued SRO 392, dated August 1, 2019, according to which nine percent of sale value of the motor vehicle has been applied as One Time Token Tax for registration of all the newly purchased vehicles in J&K.
However, the SRO is silent on the fee applicable for the renewable of registration of the vehicles, which are 15 years old. After the matter was brought into the notice of the Administrative Department, the issue was taken up with the Finance Department for clarity on the same but nothing has been done so far.
Earlier, the Transport department issued a notification that the policy for registration of vehicle older than 15 years is under submission and shall be notified soon.
The department said the vehicles which shall be allowed under policy for registration can be registered as and when policy is notified and loss can be recuperated on substantive basis.
The department further said that for the convenience of vehicle owners and owing to Covid pandemic, the validity of certificates which could not be renewed during Covid pandemic has been extended till 31st Dec 2020.

Shafi Pandit denies land grab charge, clarifies as to how lawfully he acquired the land 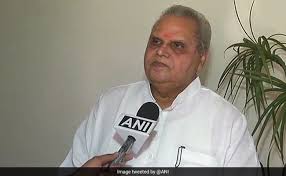