SRINAGAR: Eleven years old Gulmarg Land Scamm, which is awaiting decision on framing of charge/discharge, was again adjourned/deferred by the Court of 1st Additional Sessions Judge, Baramulla/Special Judge (Anti-Corruption) for Districts Baramulla, Kupwara and Bandipora in view of non-issuance of relevant SRO by the Department of Law, Justice and Parliamentary Affairs J&K Government for conferment of powers under Prevention of Corruption Act upon newly appointed 1st Additional Sessions Judge, Baramulla who could not hear the matter on December 12, 2020.

The challan in the case was presented against the then Divisional Commissioner Kashmir Mehboob Iqbal and others on intervention of J&K High Court in view of orders passed by then Chief Justice M M Kumar (Retired) in PIL No.9/2012 titled Sheikh Mohd Shafi & Anr V/s Union of India & Ors. Another supplementary challan was filed by VOK against the then Deputy Commissioner, Baramulla Baseer Ahmed Khan (IAS) and the supplementary challan was presented after the receipt of the prosecution sanction from Department of Personnel and Trainings, Govt. of India, New Delhi.

The Division Bench of J&K High Court has on more than three occasions issued directions to trial court at Baramulla to expeditiously decide Gulmarg Land Scam, particularly proceedings on question of charge/discharge and lastly Court of Justice M K Hanjura (retired) of J&K High Court vide its Judgment dated October 15, 2018 also directed the trial court at Baramulla to take into consideration the documents relied upon by accused at the stage of charge/discharge.

The Special Judge (Anti-Corruption) Baramulla Naseer Ahmed Dar (since transferred) on June, 11, 2020 while hearing matter on charge/discharge directed ACB Kashmir to further investigate the matter and file a supplementary charge-sheet indicating the impact of the documents including the opinion given by M I Qadri, the then Advocate General on the merits of the case and directed listing of matter on October 10, 2020 for filing of supplementary charge-sheet. Notably, the ACB Kashmir on October 10, 2020 filed a supplementary charge-sheet before the trial court wherein it confirmed its earlier investigation holding culpability of the accused in commission of crime and further concluded that documents relied upon by the accused do not create any impact on merits of case.

After filing of supplementary charge-sheet, case was ripe for crucial hearing on charge/discharge on December 12, 2020 but the Presiding Officer Naseer Ahmed Dar got transferred and in his place Mohd Ashraf Khan took over as 1st Additional Sessions Judge, Baramulla but the much awaited hearing on December 12, 2020 had to be adjourned by the newly appointed 1st Additional Sessions Judge, Baramulla in view of non-conferment of powers under Prevention of Corruption Act by the Law Department J&K Government and the case was again adjourned for December 29, 2020. 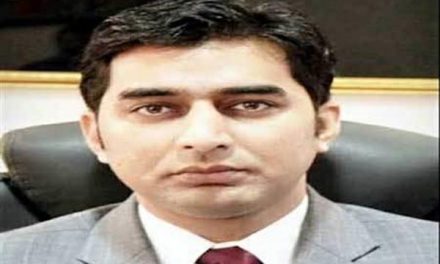