Srinagar, Nov 24: Jammu and Kashmir High Court on Tuesday dismissed an application, seeking a stay on the notification for election of Mayor Srinagar Municipal Corporation.

Two persons from National Conference—Nuzrat Ara and Ali Mohammad Tantray, claiming to be contesting for Councilor in the by-elections of the Municipal Corporation, had filed the petition to challenge notification issued by the Secretary Srinagar Municipal Corporation Srinagar for the Mayor’s election scheduled on Wednesday (August 25).

“Looked from any angle, the contentions raised on behalf of the petitioners to stay the operation of the impugned Notification and consequently the process for holding the election of Mayor cannot prima facie sustain in the eyes of law,” a bench of Justice Puneet Gupta said and dismissed the plea being without merit, as per an order, a copy of which lies with GNS.

They also said that the election for Mayor was uncalled for when the by-elections for the Corporation are to be held in the month of December.
The authorities on the other hand said that there was no clause in the Model Code of Conduct, issued by the Chief Electoral Officer of the Jammu and Kashmir, which bars the Municipal Corporation to hold the election for the post of Mayor during the ongoing process of by-elections of Municipal Bodies.

The counsels appearing on behalf of the officials have referred to certain events and dates preceding the present Notification, under challenge, in order to bring home their contention that the election of Mayor cannot be delayed.

“The Court need not go into those events as the same are not germane for disposal of the present application,” they said, adding, “The Court should not ordinarily come in the way of holding of the election of the institutions like Local Bodies.” 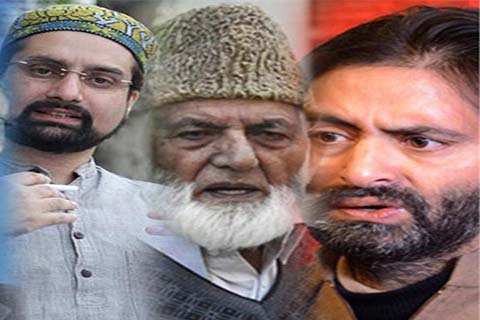 Srinagar records coldest day of the season as temperature dips to 3.7 degrees