Ignoring Routine Immunisation May Land Us In Other Outbreaks

Dr. Abdul Rouf The public health professionals need to be on guard for the additional public health problems, which we may face shortly as a consequence of Covid-19 pandemic. Based on the past experience of such public health emergencies/ natural disasters/ manmade disasters of this magnitude, when all the health resources are pooled and directed in one direction the other routine activities undertaken by health care providers gets placed in a back burner. In such situations public health activities are bound to suffer and one of the most important among them is routine immunisation against vaccine preventable diseases (VPDs). The routine immunisation programme in affected countries get interrupted with the result, spike starts occurring in the VPDs especially Pertusis, Diptheria and Measles. Moreover, we are nearly to the point where there would not be a single person paralyzed from the poliovirusanywhere in the world. There may be a resurgence of the epidemic diseases that not only kill or disable people, but may also turn back the clock.

Let us talk about one of the most developed nations of the world, United States; Measles is one of the most infectious diseases in the world and is frequently imported into the U.S. In 1998, most cases were associated with international travellers/ US residents who wereexposed to the measles virus while traveling abroad. More than 90% of people who are not immune will get measles if they are exposed to the virus. Before measles immunization, almost everyone in the U.S. got measles. There were approximately 3-4 million measles cases each year. An average of 450 measles-associated deaths were reported each year between 1953 and 1963. According to the World Health Organization, nearly 900,000 deaths occurred among persons in developing countries in 1998. In populations that are not immune to measles, it spreads rapidly. If vaccinations were stopped, 2.7 million measles deaths worldwide could be expected. In the United State, widespread use of measles vaccine has led to a greater than 99% reduction in measles compared with the pre-vaccine era.

Dropped immunity against measles without a vaccination, means that we may rapidly get huge outbreaks in which more than 80% ofsusceptible infants would become infected with measles. They mayhave severe fevers and rashes and many of them would land inhospitals, some may die, and some of them would have life-long disabilities like blindness.These diseases pick out vulnerable people first, so under five age group would be first and next would be people with weakened defence system, like those with malnutrition or people living with immuno-compromised conditions. Most people in developed nations have never seen the impact of infectious diseases like measles, diphtheria, meningitis, whooping cough etc. They don’t fear them because they haven’t seen them first-hand, because of vaccines. Paediatricians now don’t ever see these diseases. Many of those “classic diseases” are gone now because of vaccination. Moreover, ignoring routine immunisation may nullify the gains we made in 2018 as a result of nationwide MR campaign aimed at Measles elimination and Rubella control in India.

Pertussis (whooping cough) cases in 6 months old or younger experience the highest rate of hospitalization, pneumonia, seizures, encephalopathy (a degenerative disease of the brain) and death. By stopping pertussis immunization, we would experience a massive resurgence of pertussis disease. A very recent study found that, in eight countries where immunization coverage was reduced, incidence rates of pertussis surged to 10 to 100 times the rates in countries where vaccination rates were sustained.

Diphtheria, a serious disease caused by poison produced from the bacteria, may resurge and we might experience a situation similar to the Newly Independent States of the former Soviet Union. With the breakdown of the public health services in this area, diphtheria epidemics began in 1990, fuelled primarily by persons who were not vaccinated.

Global vaccinations work to protect mothers, children and communities every day from about 2.5 million preventable deaths a year. That success depends on a huge coordinated effort and we need a huge health worker force to be able to deliver those vaccines at the right time in the right places.Even a small number of unvaccinated people can make it much easier for a disease to spread and survive.The herd immunity(resistance to spread of contagious disease within population, resulting from sufficiently high proportion of individuals immune to disease especially by vaccination or previous infection)demands many people to get vaccinated, whether it’s for the flu or measles, to stop a disease from spreading. Vaccinated population act as barriers to outbreaks, since diseases cannot pass through them thus breaking the chain.This herd immunityhelps to protect most vulnerable population infants, who can’t get vaccinated and are more susceptible to infection, the elderly, who have a higher risk if they contract vaccine-treatable illnesses and immune-compromised, who are more likely to die from the diseases they protect against.The threshold for herd immunityas per CDCAtlanta is 75% and 90% for mumps andmeasles respectively.

It is highly recommended that we should devise strategies, so that routine immunisation may not suffer. No doubt, we are presently dealing with most contagious virus (Coronavirus ) that too in virgin populations, but the case fatality for most of the other VPDs in under five age group is more than COVID-19. Strictly decentralising routine immunisation to PHCs/SCs to avoid gatherings in secondary and tertiary care hospitals, maintaining social distancing and using appropriate personal protection equipment and taking other necessary precautions is need of hour, as we may have to live with it till herd immunity is developed or vaccine becomes available.

Author is working in the Department of Community Medicine, Government Medical College Anantnag.

You can reach him at a.rouf.dr@gmail.com 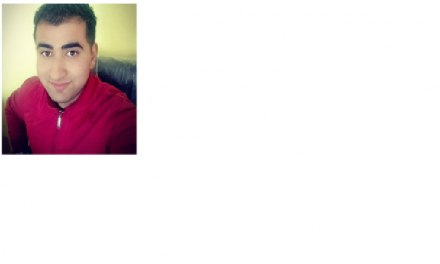 Why the Govt should review and reform the Industrial policies

Trust yourself to get Triumph