Warning: Use of undefined constant HTTP_USER_AGENT - assumed 'HTTP_USER_AGENT' (this will throw an Error in a future version of PHP) in /home/kash4321/public_html/wp-content/themes/Extra/header.php on line 1
 J&K UT Govt empowered to impose Property Tax through Municipalities | Kashmir Canvas - Weekly English Newspaper

Jammu: In a major development, the Union Ministry of Home Affairs (MHA) has empowered the Government of Union Territory of Jammu and Kashmir to impose Property Tax through the Municipal Corporations, Municipal Councils and Municipal Committees in their respective areas.

Earlier, there were no explicit provisions vis-a-vis imposition of Property Tax in both these laws enacted by the Legislature of erstwhile State of Jammu and Kashmir. However, in the year 2011, the Legislative Council had referred the Bills seeking to amend J&K Municipal Act and J&K Municipal Corporation Act to pave the way for imposition of Property Tax to the Joint Select Committee after these Bills were approved by the Legislative Assembly. But both the Bills lapsed because of inordinate delay in decision on the part of the Joint Select Committee.

In the J&K Municipal Act, 2000 whereby the Municipal Councils and Committees have been established, the Ministry of Home Affairs has substituted Sections 72 to 80 and now Section 72 states: “Unless exempted under this Act or any other law for the time being in force, Property Tax shall be levied on all lands and buildings or vacant lands or both situated within the Municipal area. The Property Tax shall be levied at such percentage not exceeding 15 per cent of the taxable annual value of land and building or vacant land or both as the Government may, by notification, from time to time specify”.

Similarly, Section 73 read: “The taxable annual value of land and building or vacant land assessable to taxes under this Act shall be calculated by multiplying the corresponding unit area value with the total build-up area of a building or the total area of land, as the case may be, minus depreciation, at such rates as may be prescribed, depending on the age of the building”.

However, a proviso has been incorporated vide which the Municipality may, after passing a resolution, fix a lump sum amount not exceeding the sum payable as annual tax for certain categories of property. However, the resolution shall come into effect only after it is approved by the Government.

The Property Tax payable shall be reduced by 25 percent in respect of a self-occupied building used for residential purpose and such class of self-occupied non-residential building as may be notified by the Government on the recommendation of the Municipality. Moreover, there is a provision vide which a person liable to pay the Property Tax shall pay the same in two equal instalments.

“Every owner or occupier, who is liable to pay Property Tax, shall every year submit to the Executive Officer or any officer authorized by him in this behalf a return in the prescribed form within the stipulated period and in the prescribed manner”, the new Sections read. Moreover, there is a provision for scrutiny of the return filed and in case of non-compliance action will be initiated.

The Property Tax assessed and levied shall be subject to revision once in three years by enhancing the tax by such percentage not exceeding 10 percent of the tax as may be prescribed, commencing from the financial year from which the Property Tax is determined.

As per the new provisions, the Government may, by order exempt, in whole or in part, from the payment of any tax payable under the Act by any person or class of persons or in respect of any property or description of property. Any appeal against the tax shall lie to the Jammu and Kashmir Property Tax Board.

As per the new provisions, when any new building is erected or any existing building is reconstructed or altered or improved or when any building which has been vacant is re-occupied, the person primarily liable to pay tax shall given notice in writing to the Executive Officer within 15 days from the date of its completion or occupation.

When any building or any portion thereof, which is liable to tax, is demolished or removed, otherwise than by or under an order of the Municipality, the person primarily liable for the payment of tax shall give notice in writing. Until notice is given, the person primarily responsible for payment of tax shall continue to be liable to pay such taxes as he would have been liable to pay in respect of such building if the same or any portion thereof had been demolished or removed. 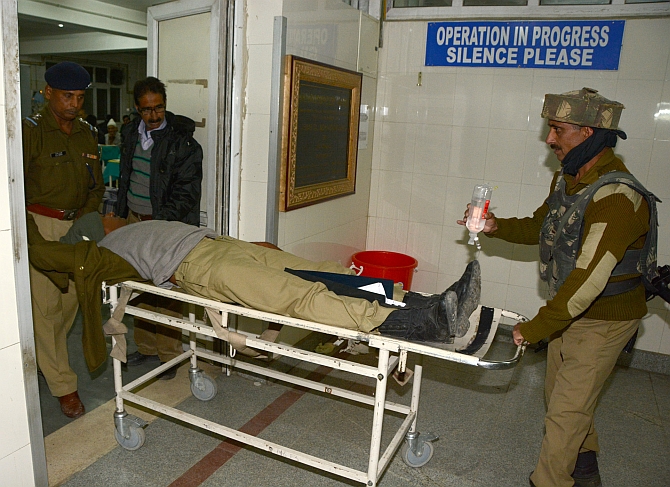 I would aver that we are the victims of ego, ignorance and insensibility- Author Shah Imtiyaz