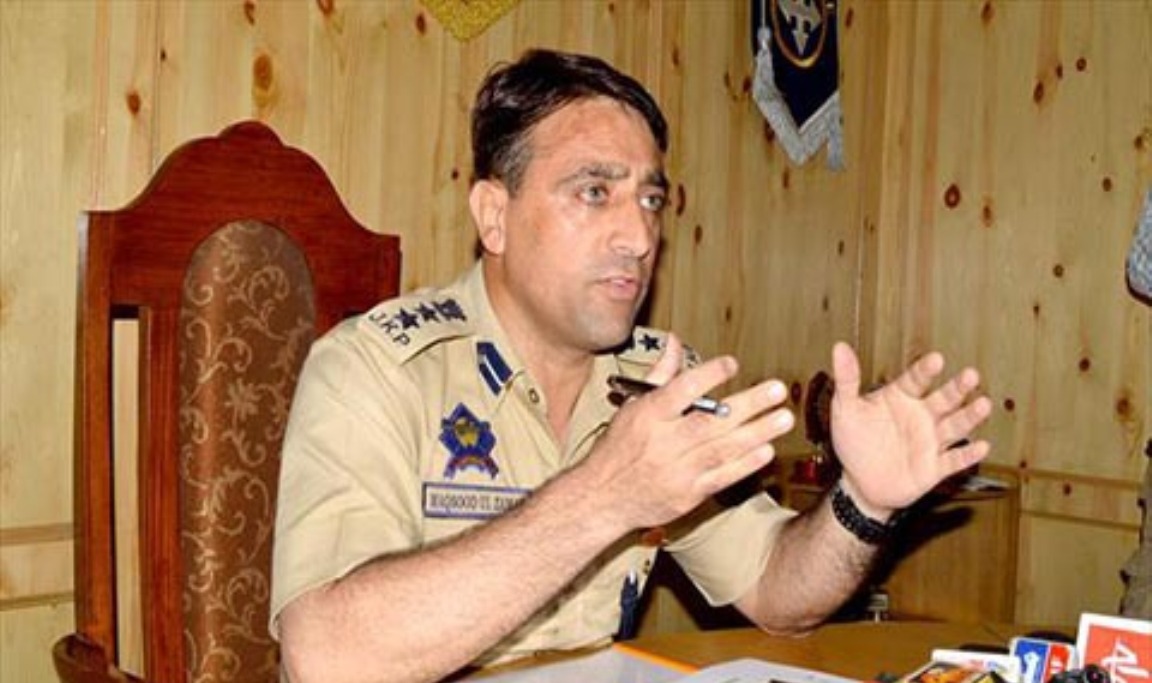 Srinagar: The recent government decision to dismiss four policemen from services and action against a senior officer from the khaki ranks over weapon-snatching in Srinagar has drawn flak in Kashmir with many accusing the state of “witch-hunting” the local officers from one particular community.
On December 30, suspected militants decamped with four service rifles of policemen guarding the official residence of Congress MLC Muhammad MuzaffarParray, sending the security establishment into a tizzy.
As per the Deputy Inspector General of Police, central Kashmir range, VK Birdi four AK-47 rifles went missing from the Congress MLC’s official residence (quarter number J-37) at Jawahar Nagar here.
Soon after the incident, senior police officials rushed to the spot and detained all the four cops—three from the security wing and one from district police lines Sopore— for questioning. The next day the government dismissed all the four from services while a Senior Superintendent of Police Security Maqsoood Uz Zaman was attached.
But then, why such action in one particular case, when over 270 weapons were snatched in the last three odd years of the new-age militancy.
Interestingly, on September 29, from same high-security Jawahar Nagar locality, Adil Bashir Sheikh, a special police officer deployed with former Peoples Democratic Party legislator Aijaz Mir decamped with as many as seven rifles and Mir’s licensed pistol from his official Jawahar Nagar quarter (J-11).
According to official figures, 74 weapons that include 17 AK-47 rifles, 23 SLRs and 14 INSAS guns were snatched by militants in various incidents in 2018 alone.
But the only case where government has acted allegedly so “unjustifiably” against the police is in this particular case where the four weapons were recently snatched.
People of Kashmir have been saying that the government was deliberately trying to make local officers “a scapegoat”.
From commoners to civil society faces to politicians, the government decision is being condemned by many. The social media has been equally flooded with support for SSP Maqsood Uz Zaman who is known among the most competent officials in the state police.
The people have been saying that even though the local policemen have been sacrificing their lives  for the country, New Delhi continues to doubt their integrity.
Leave apart others senior politician and Islamic scholar Maulana Imran Reza Ansari took to Twitter to openly condemn the government decision.
In a series of tweets, Ansari, who is seen as close to the corridors of power in New Delhi, questioned the government headed by Governor SP Malik. “Ostensible reason for attaching SSP is the missing guns at the MLC residence. Is it not an intelligence failure. The state intelligence agencies are busy in perception management. Is it not their job to gather intelligence on such possible actions. Get a life for heaven’s sake,” he tweeted.
In another tweet Ansari said: “Very unfair on part of government to attach an SSP level officer for no fault of his. Local State Police Service Officers being militant targets & always in the firing line,even not being able to  visit their homes for months together are being discriminated. @jandkgovernor.”
Senior journalist and political analyst Majid Hyderi who closes tracks Kashmir developments said the government decision was “typical witch-hunt which can’t be confused with disciplinary action.”
“Over 270 weapons were snatched in 3 years. That way atleast 270 cops should have been dismissed and as many SSPs attached. Punishing mere four  cops and one SSP, all Kashmiris, suddenly, raises questions?,” Hyderi told Kashmir Canvas.
A day after Zaman’s attachment, at a press conference, some  questions with regard to the decision against four cops and the SSP were posed to Director General of Police, Dilbagh Singh.
Responding to media queries, ADGP Security Muneer Ahmed Khan, who was also present on the occasion, said the case was under investigation.

“Apps shouldn’t fool you that you’re a Writer”, Suggested Qasim.

Army Havaldar killed, another injured in cross-LoC firing in Rajouri

Body found inside locked up school in Thathri