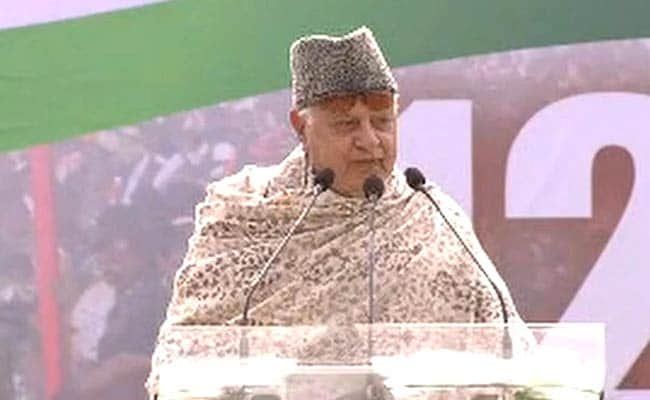 Srinagar: Addressing a huge gathering at the opposition rally led by TMC chief and West Bengal chief minister Mamata Banerjee in Kolkata, Abdullah said there was a need to “finish BJP and for that it is important to fight the elections together.”

Blaming Bharatiya Janata Party (BJP) for the violence in Jammu and Kashmir, National Conference president Farooq Abdullah on Saturday said Kashmiris were being killed and branded as Pakistanis and traitors.

“Look at Jammu and Kashmir. At what state has it been left in? People are being killed everywhere. And it is said that they are Pakistanis, they are traitors,” Abdullah said at Trinamool Congress’ ‘United India’ rally in Kolkata, according to news agency.

Addressing a huge gathering at the opposition rally led by TMC chief and West Bengal chief minister Mamata Banerjee in Kolkata, Abdullah said there was a need to “finish BJP and for that it is important to fight the elections together.”

Abdullah, a member of Parliament from Kashmir in Lok Sabha, said people were being divided, on basis of where they come from and their religion.

“After 70 years, India has yet another challenge. That people are being divided on religious lines. Fire is being spread in the northeast (a reference to Citizenship Amendment Bill). If you want to save this country, everyone has to sacrifice something. We will have to unite to save the country. I am a Muslim, but a part of Hindustan, and every Kashmiri, be it from Jammu and Ladakh, wants to stay with India. In the last four years, the current government has given us problems from all sides,” he said, according to the report.

The three-time J&K chief minister also called Electronic Voting Machines (EVM) as ‘chor’ machines and said opposition leaders must urge the poll panel to do away with them.

“We should approach the Election Commission, meet the President and say we want ballot papers,” he said.

Abdullah said this year ‘we want a new government at center that plays fair with institutions, in which we can all co-exist.

“India can be strengthened not by the Air Force or Army but only if our hearts are strong,” the NC president added.

The event’s aim was to unite various political parties against the Narendra Modi-led BJP in the upcoming Lok Sabha elections. 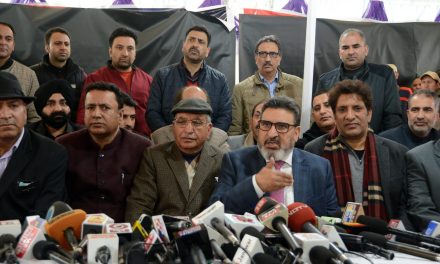