Lal Sahib of Batamaloo is no more

Srinagar, 11 August: Hazrat Pir Jalal Ud Din Sahib aka Lal Sahib of Batamaloo has left for heavenly abode after a brief spell of illness, he was 74.

In 2012 he had miraculously survived 9 bullets when doctors had actually said there was no chance of his survival.

He was the elder brother of Muhammad Sidiq Sahib of Greater Kashmir.

Lal Sahib was loved and revered by vast section of the society due to his humbleness and piety.

He had carved a niche in thousands of his disciples owing to his spiritual powers.

After hearing about the sad demise of Lal Sb people in thousands thronged his residence to offer Fathea to the departed soul.

In this period of grief Management and Staff of Kashmir Canvas is praying to Almighty Allah to shower his choicest blessings upon the departed soul and give courage to Sidiq Sahib besides other family members to bear with this irreparable loss. 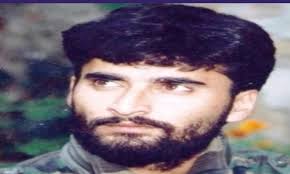