Srinagar, 08 Nov : Despite a closure order from the administration, a coaching centre in Rajbagh is continuing its operations, in violation to the guidelines set by the Directorate of School Education Kashmir (DSEK) for coaching centers in the valley.

Housed in a hotel, the said institute namely ‘RightWay career Institute Rajbagh’ was allegedly operating without registration with DSEK and in this view a an inspection team was constituted by the Directorate to check its credentials, which in its report said that the institute was running illegally without registration, besides the building in which the institute is housed is a functional hotel viz Hotel Remano Rajbagh and the class work for female students was going on, when the inspection team of DSEK visited the institute.

The document reads, “During the inspection the class work was on and four female students were present in the classroom, being taught by one G.S Yadav teaching chemistry.”

Subsequently, the Joint Director School Education Department in his letter to Additional Commissioner Srinagar under number DSEK/GS/54/Misc/coaching/2020, dated 23/10/2020, sought the closure of the institute on account its functioning in violation of the guidelines.

In response to the communication received from the Joint Director School Education, the administration issued a seal order against the said coaching institute, but ironically the coaching center is still functional, despite the closure order, with authorities acting as mute spectators, to its order being rubbished brazenly.

Pertinently a complaint against the institute for functioning illegally was also submitted to DSEK by Coaching Centers Association on 21/10/2020, a copy of which is with demanding the closure of the institute.

Meanwhile neither the Additional Commissioner Kashmir, nor Tehsildar Srinagar was available for their comment on the issue, as they did not respond to the repeated calls put to them.

Sources in the Directorate of school education department said that “It is true that a majority of private coaching/tuition centers are not registered, but the directorate is trying its best to register them after they fulfill all conditions. Notices have already been served to the owners and heads of these private institutes.”

The Directorate of School Education Kashmir (DSEK) has issued a notification in this regard after the registration of all private coaching centers expired on October 31. The department has already advised the parents not to enroll students in any un-registered coaching or tuition centre.

The centers will have to fulfill different criteria to become eligible for the registration. However, the department has not cleared the ambiguity over the ban on government school teachers to take classes at the private tuition centers.

As per Right to Education (RTE) Act which became applicable in J&K from October last year, no government school teacher is allowed to take classes at private tuition centers or coaching institutes.

As per the notification, the committees will not entertain any registration form which sans the class-wise and subject-wise fee structure published in newspapers.

It reads that the faculty details of the centers should be made public by the respective coaching institutes. “The private coaching/tuition centre should reserve 10 percent of intake capacity quota for the students belonging to BPL/orphan/destitute, for 2020-21,” it reads.

The admissions for the 10 percent reserved quota will be later notified by the Directorate separately after receiving the applications from the students.

The Directorate has said the Monitoring Committees should complete inspection of the coaching centers by November 30 and submit their reports to the DSEK by December 15. “After that no inspection report will be entertained by the Directorate for registration or renewal purposes,” the notification reads. KDC

ENVIRONMENTAL CONSERVATION AND ISLAM,
WE HAVE TO LIVE UP OR LIVE UP. 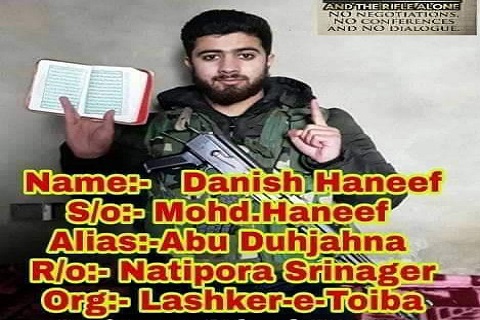