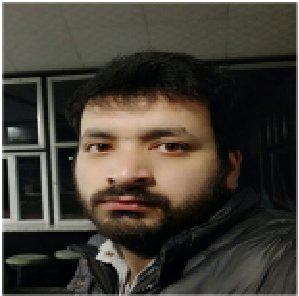 Belonging to a simple and modest peasant family, Dr. Ayoub, A clean shaved man, was born in 1948 in Pudsoo village of Shopian. Pursuing Education at that time and showing a keen interest in it was none less than hammering a mountain. Dr. Ayoub was a born cultivator and eldest of the four children. His understanding has presented such a roaring intellectualism. His inmates often regard him a great Instructor, great Islamist and noble ideal person with the characters of Great highbrow and psychologically active and faithful person.
He was down to earth and never has anybody recalled any incident of his being angry or raising false louder voice. Many writers and columnists have addressed him a dangerous and precarious man who has no enemy in entire population. A disciplined man, Thakur Sahab had the habit of doing his work all the time weather at home or anywhere else. Be it from a minute work to a high professioncy, he always did it himself, even though when he had a dedicated help.
The great pupil of society became the first nuclear scientist of the state, obtaining his Doctorate in Nuclear Physics from the University of Kashmir and then joined Bhaba Atomic Research Centre Zakoora, Srinagar for a brief instant of time and became lecturer in the Department of Physics at same university. Dr. Ayoub was a keen councilor of social and political issues with an scholarly habitual qualities and excellent endurance over related issues. In 1970s Dr. Ayoub ventured into politics and emerged as a leader of student association. This was his first great achievement at political grounds and he never runaway with his duties but was passionate to find himself a problem solver rather than an revenant person. As a student leader, Dr. Thakur attended international youth and student conferences at Riyadh, Saudi Arabia, Dhaka, Bangladesh and Kuala Lumpur,Malaysia in the same year. In these conferences, Dr. Thakur put forward the Kashmiri viewpoint and drew the world attention towards the Kashmir problem. Focusing on his political and social spheres, Dr. Ayoub has astonished everyone through his curious and constant conscious efforts.
POLITICAL AND SOCIAL CAREER.
Started his political career from student union leader of Kashmir University, He started his political career in the 1970s. Dr Ayoub massed and rallied Kashmiri youth and students, founded Jammu and Kashmir Students Islamic Organization in 1974.He continued to be its patron till 1977. This organization later merged with another organization and changed into IslamicJamait-e-Talaba, which he headed from 1977-1981. He was also Kashmir University Research Scholars Association. In between his work and teaching students, he was always immersed in his work. He has a huge following in the shape of students and went on in making their careers and classes in technological Education and other related fields.
The Kashmir accession was always challenged by the great leader and remained as great critique of Indira-Abdullah accord of 1975.He travelled extensively and crowded and mobilized public against occupation of Kashmir. Dr. Ayoub organized meetings of the youth and students of Jammu and Kashmir to challenge the Kashmir’s accession to India which he considered as counterfeit and Crooked.
In the conferences at Saudi Arabia, Bangladesh and Malaysia (which I earlier discussed), he only put forth the Kashmiri viewpoint in whole of his speech’s each given at three stages which reflect his pioneer and compassion towards Kashmir Cause.
In Malaysia, Dr. Sahab was instrumental in getting a resolution condemning Indian Occupation.
After disallowing the permission to hold International event of Jamait-u-Talaba at Srinagar by Government, The organization was completely banned and Dr. Ayoub was entirely dismissed from service and imprisoned along with inmates at Srinagar for about quarter of a year. After his release in 1981 he began to travel across in Kashmir to assemble Kashmir youth to understand them the political discourse of the State. He was a sympathetic and lenient man who always prefers his own path and mode.
After termination of his services,
He never stop and confine himself to Kashmir only. Dr. Ayoub moved Saudi Arabia and worked there for some time as a Grader and Teacher at Jeddah’s largest university ‘King Abdul Aziz University’. Dr Ayoub attended ten’s and hundreds of seminars and conferences with respect to every social, political cause or not just a moral narrator.
Dr Thakur fighted for the cause of women, their equality and respects also. He has also staged and speeched at Oxford and Cambridge universities only to parcel the rights of those who have been diminished of that.
Dr. Ayoub was socially very active and vigorous. He was sprightly a substantial and honest human being. Dr. Sahab later launched a charity for the war torn children and women in 2000 named ‘War victims’.
Dr. Thakur could not attend the last rites of both parents which he turned had remained a hologram of his life.
Dr Thakur fell severely ill and gone under Comma in 2004 in London. He can’t withstand his illness and succumbed to the disease on 10 March. Whole of Muslim world and Kashmir got divorce and break-up from such an orienter and empathetic soul. (May Allah bless your grave and grant you the highest place in heaven).

Writter is a BE Computer science student at SSM college of Engineering and Technology.