New Delhi:Senior Congress leader and party’s top strategist Ahmed Patel died here early morning on Wednesday. Patel (71) was critical for a few days and was admitted to the Medanta Hospital in Gurugram. He had contracted COVID-19 and later developed complications. The announcement of his demise was made by his son Faisal Patel.

“With profound grief & sorrow, I regret to announce the sad and untimely demise of my father, Mr. Ahmed Patel at 25/11/2020, 03:30 AM. After testing positive for COVID-19 around a month back, his health worsened further due to multiple organ failures.

May Allah grant him Jannatul firdaus, inshallah,” he tweeted, requesting all their well-wishers to adhere to the COVID-19 regulations by avoiding mass gatherings.

Several political leaders cutting across party line expressed their condolences at the passing away of the Congress stalwart.

Prime Minister Narendra Modi mourned the demise of the Congress veteran, saying that Ahmed Patel’s role in strengthening the Congress party will always be remembered.

“Saddened by the demise of Ahmed Patel Ji. He spent years in public life, serving society. Known for his sharp mind, his role in strengthening the Congress Party would always be remembered. Spoke to his son Faisal and expressed condolences. May Ahmed Bhai’s soul rest in peace,” he tweeted.

Lost an ‘irreplaceable comrade, a faithful colleague and a friend’: Sonia Gandhi

Congress president Sonia Gandhi said she lost a colleague whose ‘entire life was dedicated’ to the party. ‘His faithfulness and dedication, his commitment to his duty, his always being there to help, his generosity were rare qualities that distinguished him from others,’ Sonia Gandhi said.

Sonia Gandhi wrote she lost an ‘irreplaceable comrade, a faithful colleague and a friend.’ ‘I mourn his passing and I feel deeply for his bereaved family to whom I offer my sincere feelings of empathy and support,’ Sonia Gandhi said.

Congress leader Rahul Gandhi said, “It is a sad day. Shri Ahmed Patel was a pillar of the Congress party. He lived and breathed Congress and stood with the party through its most difficult times. He was a tremendous asset. We will miss him. My love and condolences to Faisal, Mumtaz & the family.”

He was a friend who stood by us all, steadfast, loyal, and dependable to the end: Priyanka Gandhi

Congress general secretary Priyanka Gandhi Vadra said in a tweet, “Ahmed ji was not only a wise and experienced colleague to whom I constantly turned for advice and counsel, he was a friend who stood by us all, steadfast, loyal, and dependable to the end. His passing away leaves an immense void. May his soul rest in peace.” 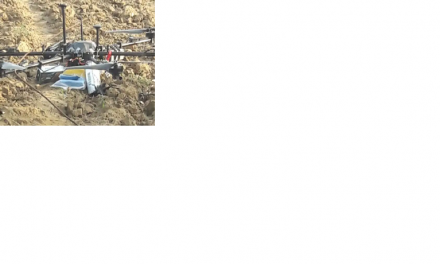 Pak Drone Shot Down In J&K by BSF

ACB produced chargesheet against Jagish Singh Jamwal, then TSO, CAPD Samba and others in misappropriation of Govt. Ration