Meanwhile HoD Gasteroentrology talking to KC clarified his position regarding performing ERCP on a patient who had later on tested positive for Covid-19. He said that one of his patients required ERCP procedure and was tested for Covid-19 on 8th July. Next day the lab report declared him as Covid-19 negative. Accordingly ERCP was performed on 10th July. The fellow was tested for Covid again on 12th July. Keeping in view the life threatening situation faced by the patient ERCP was done on 14th on emergency basis after weighing all the factors involving patient as well as our own safety issues as also the fact that he had tested negative on 8th July. “We adopted every possible precaution to avoid contracting or infecting the patient”, said the HoD.The report declaring him as Covid-19 positive came afterwards. “we have not done anything in breach of ethics in performing the procedure on the patient who needed it the most on the day to save his life”, said the HoD.*Srinagar* , July, 16: Alarm bells were sounded today in the UT’s premier health care institution SKIMS as two of its key  Administrative Officers who assist the director in running day today affairs of the institute tested positive for Covid-19. According to informed sources the administration had earlier closed some of the halls/rooms in the administrative block after some employee had tested positive. Now the entire Administrative Block is being  closed for two or three days for fumigation & decontamination as per SOP.
Contact tracing is in progress and everybody whoso-ever has come in contact with the employees who have tested positive and have become symptomatic.
Some insiders alleged that the administration showed some laxity in taking action to safeguard employees and others.
Adm Officer,  POLICY from Chadoora has been admitted in vet lab SKIMS. His another colleague,
Adm Officer   Personnel who  too is from Chadura, is being shifted to SKIMS. One more employee in Policy Section,  has also tested positive.
After receiving these reports administration  has decided to seal the Admin Block and test all the contacts including director and his personel staff.
A security fellow attached to Director has also tested positive.
Our sources further revealed that Department of Physical  & Rehabilitation Medicine has been shut after a Physio tested positive for Covid-19 who had come in contact with several persons including staff. The department is being decontaminated and the entire staff is being subjected to testing for Covid. The department will remain shut till the process is completed, said a source. 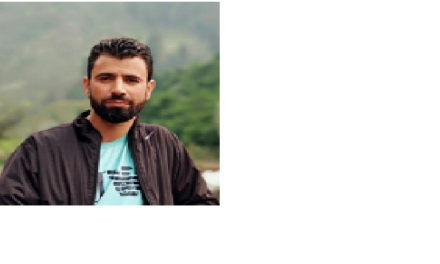