Banihal ,  Oct 19 : Envisioning crucial role for youth to steering out Jammu and Kashmir from the morass,  NC leader and district president,Ramban Haji Sajjad Shaheen today said the people feel dejected and lead down due to anti-people policies of the present dispensation that has brought the erstwhile State of Jammu and Kashmir at the volatile cross roads of history where nothing is visible except hopelessness, uncertainty, fear and harassment.

While addressing a youth gatherings during the prize distribution ceremony of Khari Premier League Cricket tournament held at (Hirnihal) Khari in Banihal Constituency, which was won by Valley Worriers Hirnihal defeating MCC Shagan by 15 runs.

Shaheen called upon the youth to become agents of change and said that the erstwhile State is passing through very difficult times where on one hand youth of the State are being pushed against the wall and on the other hand the government at the helm is leaving no stone unturned for the political, social and Economic disempowerment of JK people and it is the youth who have an important and a valuable role to play in addressing some of the most significant and inter related challenges faced by the people.

Lauding the organizing committee for organizing such a nice event, Shaheen exuded confidence that it will help in achieving the objective of overall development of youngsters and generate awareness among them about the need of sports personality development.

The District President exhorted youngsters to put in their best and strive for excellence in play-fields without compromising their academics. He appreciated the enthusiasm of young players and hoped with dint of determination they will make mark in various competitions.

Shaheen said that Jammu and Kashmir does not lack talent but the need is only to identify and sharpen it. He said that sports are not only imperative for mental and physical growth of the children but it opens up vistas of opportunities to them as far as career is concerned. In this context, he referred to various big names, who have made their mark in different sports as professionals.

Sajjad Shaheen complimented the management for organising the sports event in a befitting manner, saying that these remain treasure for the young people all their life. 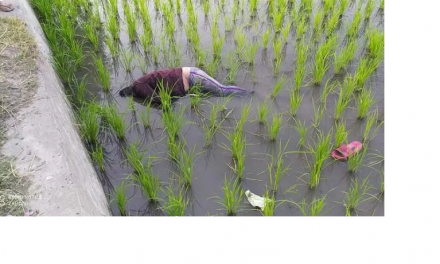 ACB produced chargesheet against Jagish Singh Jamwal, then TSO, CAPD Samba and others in misappropriation of Govt. Ration